The Utah Uniform Voidable Transactions Act provides remedies to creditors when debtors transfer assets, rendering themselves judgment-proof.  The Act creates a distinction between transfers that occur before or after a claim arises.  See, generally, Utah Code Ann., §25-6-202 and 203.  That distinction then governs the creditor’s burden of proof, options and remedies against the debtor.

If the debtor/transferor is a guarantor of a debt, rather than the principal obligor, however, that creates an issue as to “when” the creditor’s claim against the guarantor arises–at the time the guarantee is executed or when the principal defaults.

While Utah law defines “creditors” and “debtors” quite broadly, it lacks clarity as to when a creditor’s claim actually arises against a guarantor.  In fact, other states’ interpretations of the Uniform Act (or similar statutes) do not provide much additional guidance.

Some cases discuss the issue in the context of statutes of limitations/statues of repose.  There, courts generally use ordinary contract interpretation cannons and look to the actual language of the guaranty to determine when the parties agreed the guarantor’s liability would attach.  Some cases hold that the claim arises at maturity of the loan or in the event of a material breach or default; other cases indicate the obligation arises immediately upon the principal’s failure to make a payment.

Be aware that the Act generally requires intent or at least knowledge pertaining to an outstanding obligation prior to the transfer.  Section 25-6-202(2).  Thus, if the guarantor is not aware, at the time of the transfer, that the principal had defaulted on the obligation, the guarantor may have an argument that the transfer is not avoidable.

Should you have any questions about this topic or need legal representation, please contact David L. Pinkston. 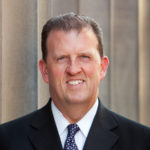