In the last issue of the Bar Journal, we discussed the ethical implications of receiving confidential or privileged documents that appear to have been inadvertently produced.

This includes, pursuant to Rule 4.4 of the Utah Rules of Professional Conduct, an obligation to notify the opposing party or their counsel of the inadvertent disclosure.  See  Keith A. Call, Lessons from Alex Jones: The Rules Governing Inadvertently Produced Documents, 35 utah B.J. 55 (Nov/Dec 2022).  But what if someone surprises you by intentionally giving you documents helpful to your case that they did not have the authority to give you?

The ABA issued a pair of formal ethics opinions in the early 1990s, one addressing inadvertent disclosure and one addressing unauthorized disclosure. See ABA Comm. on  Ethics & Pro. Resp., Formal Op. 92-368 (1992) (inadvertent disclosure); ABA Comm. on Ethics & Pro. Resp., Formal Op. 94-382 (1994) (unauthorized disclosure). Those decisions determined that although the two scenarios are different, the same procedure should be followed in each case: the receiving lawyer had an ethical obligation to notify the opposing party and abide by the opposing lawyer’s instructions. While you could debate whether or not this is the best procedure, it provided relatively clear guidance to attorneys.

But in 2002, the ABA adopted Model Rule 4.4(b) and withdrew both of these earlier formal opinions. Rule 4.4(b) of the Utah Rules of Professional Conduct, like the ABA  model rule counterpart, provides, “A lawyer who receives a document or electronically stored information relating to the representation of the lawyer’s client and knows or reasonably should know that the document or electronically stored information was inadvertently sent shall promptly notify the sender.”

This rule expressly applies only to documents that were “inadvertently sent.” It does not apply when the disclosure was intentional, even if that intentional disclosure was unauthorized. Indeed, a comment to Rule 4.4(b) expressly clarifies that this rule does not apply to the receipt of documents that were “inappropriately obtained,” but merely addresses those instances where documents are produced by mistake. Utah R. Pro. Cond. 4.4, cmt. 2.

The ABA has further emphasized this point in another pair of formal ethics opinions issued after the adoption of Model Rule 4.4. Formal Opinion 06-440 provides that Model  Rule 4.4(b) does not apply to unauthorized disclosure and suggests that the model rules do not address this situation, although “other law” may prevent a receiving attorney from retaining or using the materials. See ABA Comm. on Ethics & Pro. Resp., Formal Op. 06-440 (2006). The committee reiterated this position in Formal Opinion 11-460, where it stated that a lawyer has no duty under the model rules to notify opposing counsel when dealing with an unauthorized disclosure, but must act carefully in such circumstances so as not to violate other legal and ethical duties. See ABA Comm. on Ethics & Pro. Resp., Formal Op. 11-460 (2011). These decisions suggest there is no ethical requirement in the Rules of Professional Conduct for an attorney to notify the opposing party after receiving an opposing party’s documents that appear to have been leaked or taken without authorization.

There are other ethical considerations to consider in this scenario, focused on Rule 1.6 and your client’s informed instructions. See id. (absent controlling law to the contrary, decision of whether to give notice must be made by client). Rule 1.6 prohibits a lawyer from revealing “information relating to the representation of a client unless the client gives informed consent,” with some exceptions. Utah R. Pro. Conduct 1.6(a). Because the existence of the unauthorized disclosure is generally “information relating to the representation” of the client, the attorney should ordinarily not disclose the unauthorized disclosure to opposing counsel without the client’s consent. See ABA Comm. on Ethics & Pro. Resp., Formal Op. 11-460 (2011).

In other cases, however, the circumstances under which the documents were obtained can negatively implicate the client, even if the opposing party is notified of the unauthorized disclosure. In 2016, Judge Robert J. Shelby imposed terminating sanctions in a case where the plaintiff had requested and obtained confidential documents from an employee of the defendant who did not have authority to give such documents to third parties. See Xyngular Corp., 200 F. Supp. 3d at 1273. Although the plaintiff claimed to have asked for the documents for purposes of whistleblowing, not for litigation – and openly disclosed his possession of the documents to the other side, including by attaching some of them to his complaint – the court found that the plaintiff had acted in bad faith by seeking access to documents to which he was not entitled and dismissed his claims with prejudice as a result. Id. Indeed, depending on how the documents came into the attorney’s possession and the client’s role in this process, it could even be advisable to consult with a criminal defense attorney before reaching a decision about whether or not to notify opposing counsel.

In summary, it appears there is no ethical requirement under the Utah Rules of Professional Conduct for you to disclose to your opposing counsel the fact that you received an unauthorized disclosure of the opposing party’s documents. But you do have an ethical responsibility to carefully discuss the potential impacts of the disclosure – positive and negative – with your client and to obtain your client’s instructions on how to proceed.

Written by LaShel Shaw and Keith A. Call

Every case is different. This article should not be construed to state enforceable legal standards or to provide guidance for any particular case. The views expressed in this article are solely those of the authors. 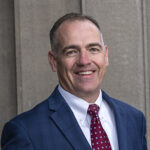