To Sue or Not to Sue: The Streisand Effect and Other Considerations.

Litigators and trial attorneys get paid primarily during lawsuits.  In other words, I feed my family and pay my mortgage by prosecuting a case or defending a case on behalf of a client.  That said, while it’s in my economic interest to be involved in as many heavily-litigated and hotly-contested lawsuits as humanly possible, I have told countless clients to not sue and not hire me.  There are myriad reasons why.  First, I don’t want a client to, at the end of a representation, be worse off than when he or she hired me.  Sometimes it is inevitable, but I try my best to avoid that.  Second, there are several considerations one should analyze, especially prior to filing a lawsuit.  This is even more important by the day in the digital age.

One such consideration is the Streisand Effect.  Mike Masnick of Techdirt coined the term in 2005 in an article about a photo of a urinal at the Marco Beach Ocean Resort.[1]  The resort was upset that its upscale establishment had any part of its premises photographed on a website called Urinal.net.  As Masnick wrote:

How long is it going to take before lawyers realize that the simple act of trying to repress something they don’t like online is likely to make it so that something that most people would never, ever see (like a photo of a urinal in some random beach resort) is now seen by many more people? Let’s call it the Streisand Effect.[2]

Masnick obviously was fully aware of Babs having a dispute with a photographer in 2003.  The photographer took a picture of Babs’ home in Malibu and posted it online.  At one point, the photograph had been downloaded a handful of times.  Indeed, the photo was one of thousands posted on the photographer’s website to illustrate coastal erosion in California.  While one can never know, presumably the photograph would have simply eroded itself into the ether of the internet if it was simply ignored.  Babs, however, did not ignore the little-noticed online photo.  She sued the photographer for $50 million.  Not only did Babs lose that lawsuit, but the publicity around the lawsuit had the unintended consequence of drawing attention to the photographer’s website leading to republication of the photograph ad infinitum for eternity.  The exact opposite of what Babs wanted.[3]

Today, lawyers, media professionals, and others are keenly aware of the Streisand Effect.  There are numerous stories of people receiving cease-and-desist letters, only to turn around and publish the letter itself online drawing attention and ire to the already disgruntled letter-writer.  The Streisand Effect, however, goes beyond cease-and-desist letters.  Last year, Congressman Devin Nunes sued Twitter.com along with Liz Mair, a Republican strategist, and two parody accounts – @DevinCow and @DevinNunesMom.[4]  Prior to Congressman’s Nunes’ lawsuit, the cow had only 1,200 followers on Twitter.  Following the lawsuit, the cow was catapulted over the moon to an astonishing 600,000 followers.[5]  As of June 19, 2020, the cow was at 722,800 followers[6] – including yours truly.[7]  If Congressman Nunes’ intent was to silence the cow, he definitely made the wrong mooove by filing a lawsuit.

Not only can sending a cease-and-desist letter bring unwanted attention or place a magnifying glass over something you want to disappear, the machination of litigation can result in the memorialization of something truly horrible for your business.  Several years ago, I represented a client in defending a defamation lawsuit brought by his former attorney.  My client was dissatisfied with the attorney’s services, so as some do in today’s digital age, he took to the internet to air his grievances: the client posted a negative review on Yelp.com.  Following the posting, the attorney threatened the client with a demand letter, and when the client would not remove the review, the attorney filed a lawsuit asserting, among other things, defamation.  I read the review and while I obviously was sympathetic as to why the attorney was upset it was online (I wouldn’t like that either), I was also pretty confident the court would agree with me that the comment was, at best, opinion – quintessentially protected speech under the First Amendment.  And the court did.  We won the motion to dismiss.  Remarkably, the attorney appealed the decision.  I tried my best to resolve the dispute, including pointing out the obvious: win or lose, the appellate opinion would inevitably enshrine the comment word-for-word in case reporters and in online research databases for all time and eternity.  In other words, regardless of what happened, the exact opposite result of what the attorney wanted – the negative comment to disappear into the ether – would happen.  Not only is the comment quoted verbatim in the opinion, but we won the appeal only to add insult to injury.[8]  And the case has been cited in other states and in various places online.[9]

These are just two examples of exogenous considerations to consider prior to undertaking any steps in the litigation process.  Aside from the reputational harms described above, there are obvious economic dynamics and the potential return on investment; prospect of victory; ability to recover any judgment; one’s litigation fortitude to see a case to fruition; and others.  Every attorney should walk through each of these considerations with a client prior to not only filing a lawsuit, but before sending the demand letter.  Before any action is taken, one must truly consider the pros and cons, and all possible implications as the fallout could far exceed even the most punishing of legal bills.

And if something must be done – if a cease-and-desist letter must go out – not all situations require the cliché “strongly worded letter.”  There are numerous examples of letters from attorneys to, for example, someone infringing upon a client’s trademarks that not only achieve the desired result but do so with honey rather than vinegar.  For example, Bud Light sent a town crier to read a cease-and-desist letter on rolled-up parchment to a competing microbrew that was using the now infamous phrase “Dilly Dilly.”[10]

Rather than having to respond back with legalisms and rhetorical flourishes, the microbrew’s attorney simply said the parchment letter and town crier “was a really cool way of handling it.”

Similarly, when Jack Daniels learned its black-and-white easily recognizable trademarked image was used as a book cover without authorization, rather than sending a letter concluding with “Govern Yourself Accordingly,” Jack Daniels sent a letter expressing appreciation and flattery of the “affection for the brand” displayed through imitation, and simply requested that the image be changed before a re-print.[11]  Jack Daniels, however, did not stop there.  The legendary whiskey company offered “to contribute a reasonable amount towards the costs of doing” the redesign and reprint.  Jack Daniels had to exercise reasonable care and control to maintain its mark, but it did not have to come out the gate guns-a-blazin’.

Alcohol companies are not the only ones with the foresight and creativity to address legal issues with creativity.  In-and-Out (with beer puns) and Netflix (with allusions to “Stranger Things”), among others, have achieved phenomenal results without a lawsuit by avoiding vitriol and maximizing creativity and comedic relief (and keeping attorneys’ fees at a minimum to boot!).[12]

Importantly, Budweiser, Jack Daniels, In-and-Out, and Netflix all faced the consequences of the Streisand Effect – but the free publicity was anything but negative.

Any litigation must be handled with care – soup to nuts.  And each step should involve not only the traditional tools of litigation, but also include other solutions or avenues.  Thinking outside the box should always be a priority.  No one case is like another, and therefore no one case should track the same path as others.  Just because cease-and-desist letters have existed presumably as long as attorneys have and filing lawsuits seems ordinary course, does not mean that you must fall victim to the same traps ever-present on that worn road.

I just hope that I get the chance to write a letter that is read by a town crier one day.

When you need a trial lawyer in Utah

Our lawyers are ready to help. For questions about this blog post, or about trials and litigation or other services SCM provides, contact Robert B. Cummings. 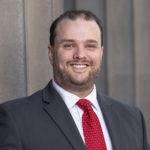