The FISA Court Hits Close to Home: The Court Rebukes the FBI in Rare Public Refresher on Fairness and Basic Constitutional Rights

As an attorney who spends most of his professional life helping people who are under criminal investigation or charged with crimes, I keep my antennae tuned to the panoply of at-risk constitutional rights. The rare public rebuke of the FBI by the FISA Court brought to mind my own experience with law enforcement overreach. With my client’s permission, I briefly discuss one such case later in this post.

The Office of Inspector General for the Department of Justice issued its Report on December 9, 2019 (“OIG Report”). The OIG Report concluded the predication for the counterintelligence investigation of Russian meddling in the 2016 presidential election was lawful. The OIG Report also found no evidence that partisanship influenced the investigation or its predication. Good so far. We’ll see what Mr. Durham’s Barr-directed investigation concludes and whether it is well-grounded.

The OIG Report identified serious flaws in the FBI’s four applications to the FISA Court for orders/warrants authorizing electronic monitoring of U.S. citizen Carter Page under the Foreign Intelligence Surveillance Act. The OIG Report prompted a public response and rebuke of the FBI by the Foreign Intelligence Surveillance Act (“FISA”) Court (“FISA Court Order”). The FBI has promised to correct these lapses.

The FISA Court Order identified concerns with the FBI’s procedures that implicate core constitutional guarantees. The short FISA Court Order, linked below, clearly explains that Court’s concerns over law enforcement overreach, or mis-reach, that treads on First and Fourth Amendment rights of targets of investigations and undermines the credibility of investigative agencies and courts that must rely on one-sided information such agencies provide to justify surveillance orders.

Order Re Accuracy Concerns Regarding FBI Matters Submitted to the FISC:
https://int.nyt.com/data/documenthelper/6600-fisa-court-demands-answers-fro/87f1132ddc399b0c99b1/optimized/full.pdf

The FISA Court’s concerns have broader, if not universal, application to all law enforcement agencies that submit applications for search, seizure or surveillance warrants under the Fourth Amendment. In this instance, the OIG Report found in the FBI’s application for FISA Court orders/warrants authorizing electronic surveillance of Mr. Page “troubling instances in which FBI personnel provided information to NSD [the National Security Division], which was unsupported or contradicted by information in their possession. It also described several instances in which FBI personnel withheld from NDS information in their possession which was detrimental to their case for believing that Mr. Page was acting as an agent of a foreign power.”

The FISA Court’s Order to the FBI brought me back to law enforcement misconduct and overreach in cases I have defended. With my client’s permission I mention one such case below, a cautionary tale of the power of law enforcement to damage and destroy people’s lives when they choose to abuse it. Courts don’t like suppressing relevant evidence. Moreover, under sovereign immunity laws meant to protect law enforcement and prosecutors, they are seldom held to account for conduct that results in violations of constitutional rights.

Under FISA the government cannot conduct electronic surveillance without a court order. The government must seek approval to conduct electronic surveillance by presenting an application, under oath, setting forth facts in support of the order. The FISA Court must decide whether the application provides “probable cause” to believe the proposed surveillance target is a “foreign power” or an “agent of a foreign power.” Importantly, a finding of probable cause to believe a U.S citizen is an agent of a foreign power “cannot be solely based on activities protected by the First Amendment.” Part of my practice has also focused on when speech crosses the line into criminal or defamatory behavior. Stated another way, is an investigative or prosecutorial agency seeking to criminalize protected conduct and if so for what (improper?) purpose?

In its reprimand of the FBI, the FISA Court emphasized the FISA Court bases its “probable cause” decisions on “the facts submitted by the applicant” — in this case, an FBI agent who swore the facts set forth in the application. The FISA Court credited an attorney with the Office of General Counsel for the FBI with intentionally misleading the Special Agent. The agency that seeks the warrant/order authorizing surveillance “possesses information relevant to the probable cause determination.” The FISA Court can fulfill its oversight responsibility effectively “only if the applicant agency fully and accurately provides information in its possession that is material to whether probable cause exists.” Where these confidential applications are ex parte (one-sided), meaning there is no adverse party and hence no-one with the ability or opportunity to challenge the content or accuracy of the applications, the FISA Court “expects the government to comply with its heightened duty of candor in ex parte proceedings at all times. Candor is fundamental to th[e] Court’s effective operations.”

In other words, if investigators or prosecutors plan to conduct searches, seizures and/or surveillance and be able to use any of the seized evidence and any evidence obtained derivatively (fruit of the poisonous tree), they should be certain the information they give the court to justify the warrant is accurate, complete and not contradicted by other information in their possession that they choose not to disclose to the court. Don’t lie. Don’t hedge. Don’t withhold. Otherwise the court is handicapped in being able to conduct independent oversight and make an informed decision whether probable cause exists to issue the warrant and/or whether the activity under investigation enjoys constitutional protection.

In July 2014 my firm and I defended a former Utah Attorney General who was charged with public corruption. Our client, Mark Shurtleff, was charged with receiving or soliciting a bribe, among other charges. In the lead up to the criminal filing, state and federal authorities sought and obtained a warrant to search Mr. Shurtleff’s home.

The agents who prepared the application for search warrant suggested in the sworn application that Mr. Shurtleff was the kind of public official who would solicit and receive bribes. In support of this bad character trait the application referenced two specific meetings in which Mr. Shurtleff had discussed with someone the possibility of his agreeing to dismiss criminal charges in exchange for large sums of money. Indeed, as noted in the warrant application, the FBI had the conversations on tape.

The judge issued the warrant and a gaggle of armed agents stormed the Shurtleff home with weapons drawn while Mark was out of town. The media had been tipped off that something was about to come down at the Shurtleff home, so news cameras were waiting.

Under Utah law and by court rule, the warrant application was unsealed days later. The media devoured and regurgitated it which became the public narrative in this extensively reported investigation and prosecution. The claims of public corruption, including soliciting and accepting bribes and self-dealing at the expense of the citizens of the State of Utah, were ominous. Once published on a massive scale, they could not be unsaid. Mr. Shurtleff would be and became permanently stained, marginalized and ostracized, a pariah, not only by the public at large but also by former “friends” and elected officials.

Unfortunately and not unlike what happened with the FISA Court, the agents failed to mention salient facts of which the issuing judge ought to have been made aware in deciding whether probable cause existed to issue the search warrant. Yes, the FBI had two recordings of Mark discussing the possibility of dismissing criminal charges in exchange for large sums of money. But what was the context of those discussions and how did the FBI obtain the recordings?

In a tune-up ride for the Fall Ride for Fallen Officers and the Law Enforcement Memorial Foundation, Mark was seriously injured when the Harley Road King he was riding slid on wet gravel. His left foot was caught under the foot rest and snapped all the way around. The tibia and fibula shattered into ten pieces. He also tore off all tendons in his left shoulder in the fall. They had to be reattached. Mark endured 13 surgeries in 18 months.
While Mark was hospitalized and drugged, a friend and business associate of someone Mark’s office had charged with criminal misconduct came to his hospital room and offered what Mark believed was a bribe and made what Mark believed were extortive threats in order to cause Mark to dismiss the criminal case. The details of the offer and threat and subsequent events are set forth in a 328 page FBI bribery sting operation report.
After this person left his hospital room, Mark immediately notified his chief investigator at the Utah Attorney General’s Office that someone had just offered him a bribe and threatened him in connection with a pending criminal charge. Mark instructed his investigator to report the event to the FBI.
Upon receiving this report the US Attorney in Utah and the FBI opened a “full field public corruption investigation” based on the information Mark had provided. The investigation focused on potential federal criminal charges. Mark received specific instructions from both the supervising Assistant US Attorney and the FBI Special Agent in charge of the investigation that he was the “victim.” They instructed him he was not to cause or allow his office to conduct the investigation but to leave that to the federal authorities.
Over the next year, Mark served as a confidential informant (“CI”) for the FBI and the United States Attorney for the District of Utah in a bribery sting operation. At the FBI’s direction and under its instruction, Mark communicated via text messages with certain involved persons and turned over all 142 such messages to the FBI. On a digital device provided him by the FBI, Mark surreptitiously recorded a follow-up conversation with the person and gave it to the FBI. He also agreed to place himself and his family at risk by meeting with this person at his parents’ home where Mark was convalescing. During that meeting, the FBI monitored Mark’s conversation with this person from another room in his parents’ home via a camera hidden on the fireplace mantle.
So yes, Mark did discuss the receipt of substantial sums of money in exchange for dismissing criminal charges. He did so as “victim” and in his role as Confidential Informant for the FBI. Those facts, of which the agents were fully aware when they submitted the sworn affidavit for the search warrant, were omitted from the application one of them signed under oath. I always believed if the agents thought it so important to mention the two recordings, they should have disclosed their context. The context, however, was inconsistent with their theory. By rule under Utah law that application became public a short time later, which fed into the public narrative that Mark Shurtleff was the kind of public official who solicits and receives bribes. The damage was done.

For this and many other reasons, the parties raced to the courthouse to see whose motion to dismiss the judge would grant, Marks’ or the state’s. The judge granted the state’s motion. With Mark’s permission, I’m sure I will write more about his case in future posts. 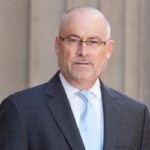