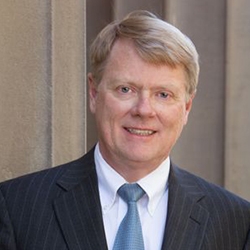 In addition, Rod is a recognized resource on First Amendment cases that involve freedom of religion.  Rod has represented the Fundamentalist Church of Jesus Christ of Latter-Day Saints in a number of challenges to the group’s beliefs and practices, including a challenge to the Utah bigamy law that went to the United States Supreme Court.  In the wake of the 2008 YFZ Ranch raid, in which the court removed 462 children from the Ranch, Rod was the group’s media spokesman.

Rod is experienced in all aspects of litigation — including discovery, motion practice, evidentiary hearings, trial, and appeal.  He has litigated cases involving a wide range of general and business disputes, including products liability, professional liability, employment, ERISA, and patent disputes.  He offers broad experience in computerized litigation support.

Rod served as President of Snow Christensen & Martineau from 2019-2021.

I’ve always liked the technical side of things.  At work, I like to fix my clients legal problems.  Outside the office, I also like to fix things – especially classic cars including Corvettes and Mustangs.  I make improvements around the house and at my cabin where I also enjoy star gazing with my collection of telescopes.