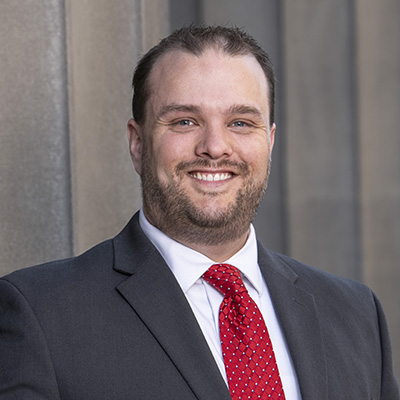 Robert Cummings has a distinctly varied litigation and business formation practice through a variety of courts, including federal and state courts across the nation.  His success is based on over a decade of expansive experience practicing law.  He is respected, innovative, and conscientious and provides sound solutions for his clients.

Business Advising and Transactions.  Robert has assisted many clients with business formations and, after that, remained involved in drafting organizational and operational documents, minutes, resolutions, and other necessary business records.  He also assists clients with risk analysis, internal investigations, general contract drafting, and change-in-control transactions.  Robert has also advised many clients on various transactions, including equity purchases and sales, asset purchase agreements, and other changes in control matters.

Litigation and Trial Work.  Robert began his career as a commercial and white-collar litigator but now focuses primarily on commercial and business disputes.  Robert has tried multiple cases to verdict, including a six-day trial in the summer of 2021 regarding his clients’ alleged breaches of fiduciary duties, resulting in a complete defense verdict, and a multi-day business valuation trial resulting in a valuation in line with the value Robert and his expert placed on the shares at issue.  On the criminal side, Robert has tried criminal fraud cases, including a three-day jury trial with securities fraud and theft allegations resulting in the theft counts being dismissed in trial and the securities fraud counts reversed on appeal based upon an argument Robert raised during motion practice prior to trial, and a three-week health care fraud trial in St. George resulting in acquittals for both defendants, including Robert’s client.  He has also had several bench trials, including a business valuation trial that resulted in the judge essentially adopting the opinion of Robert’s expert, which was a great result for his clients.

Appellate.  Robert has assisted multiple clients with their appeals, including having affirmed his motion to dismiss a case involving an online comment that the plaintiff asserted was defamatory.  This resulted in the first published opinion in Utah regarding the issue.

While in law school, Robert was an extern for the Honorable Johnnie B. Rawlinson of the Ninth Circuit Court of Appeals.  Following graduation, he began his career at the internationally preeminent law firm of Skadden, Arps, Slate, Meagher & Flom, where he represented Fortune 500 companies, investment banks, accounting firms, and other clients in defending and prosecuting a wide variety of claims.  He returned to Utah with his wife and family in 2013 and opened a law firm prior to joining Snow Christensen & Martineau in 2019.

In his spare time, Robert loves spending time with his wife, Rebekah, and three children (Aidan, Harper, and Ashton) exploring all that Utah has to offer, including hiking, skiing, and boating.