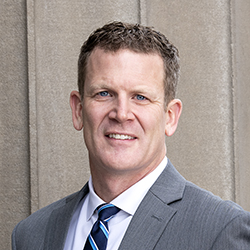 Nathan is a criminal defense lawyer who primarily represents individuals and companies accused of criminal activity.  He has successfully defended individuals charged in both state and federal court for many offenses, including theft and fraud charges, rape and sexual assault, tax and securities fraud, drug offenses, and other serious and complex felonies.

Nathan is also experienced in working on matters involving cryptocurrency and the blockchain.  Nathan has worked on various matters with clients accused of fraud involving cryptocurrency as well as victims of cryptocurrency scams.  Nathan also represents student-athletes on variance, transfers, and eligibility issues where he has presented before local school boards addressed UHSAA denials and will assist in guiding parents and student-athlete through the process of switching schools and remaining varsity eligible.

Before private practice, Nathan served as an Assistant U.S. Attorney in the District of Nevada and a Deputy District Attorney in Clark County, Nevada, where he prosecuted more than 1,000 felony cases (including white-collar, fraud, sex crimes, and violent crime).  This experience has given Nathan an exceptional perspective in defending his clients.

A unique area of Nathan’s practice involves representing residential treatment facilities, including assisted living and hospice care centers in Utah and Nevada.  This work includes conducting internal investigations, assisting the centers’ leadership and staff on how best to manage difficult residents, and determining when to involve local law enforcement (and then coordinate involving them).  He also assists the centers in responding to subpoenas and, when needed, serves as a media spokesperson for all media inquiries relating to investigations and accusations.

Nathan also applies his wide-ranging courtroom experience to the firm’s SnowTrial Consulting work.  This highly unique service, provided together with four other SC&M trial partners, offers the full range of comprehensive trial preparation and strategic trial consulting to corporations and other law firms nationwide (in civil and criminal cases).

Nathan is an adjunct professor at the University of Utah School of Law, where he teaches the white-collar crime class and previously taught the course on evidence. He previously served on the executive committee of the Utah Chapter of the Federal Bar Association and was the co-chair of the FBA’s annual Criminal Law Seminar.

His experience in the area of federal criminal law led him to testify as an expert witness in a case before the Central Criminal Court in Dublin, Ireland.  He is a member of the Federal Criminal Justice Act Panel and is often appointed to defend indigent defendants in federal criminal court.  He is a member of the American Society of Trial Consultants.  Nathan has been a legal commentator on KSL Radio’s “The Night Side Project.”  Nathan has been included on the list of The Best Lawyers in America in criminal defense: white-collar has been recognized in Mountain States Super Lawyers in the category of criminal defense and has been voted by his peers as one of Utah’s “Legal Elite.”

Outside of the office, Nathan enjoys all things related to his family and sports including scuba diving, snowboarding and coaching his boys in soccer, basketball and football.