Maralyn English is on the American Arbitration Association’s panel of arbitrators and regularly serves as an arbitrator on employment matters and consumer cases. She is also a litigator whose practice focuses on employment law, ERISA, and complex commercial litigation.

As a litigator, Maralyn has represented companies in complex commercial cases, including cases involving allegations of copyright and trademark infringement, misappropriation of trade secrets, products liability, and antitrust violations. She has represented companies and individuals in mass tort cases. Many times these cases were successfully and confidentially settled out of court. However, her record also includes complex trials involving large amounts of money and significant duration. For example, Maralyn was lead counsel in a five-week trial in which the jury held her clients not liable under any of the claims brought against them and awarded her clients in excess of $13 million in damages, including $5 million in punitive damages. Maralyn also served as local counsel for a major software company in a multi-million dollar antitrust case filed against Microsoft. She has represented companies and individuals in lawsuits that have resulted in multi-million dollar settlements or judgments in favor of her clients.

Maralyn has served on the firm’s Board of Directors.  She also serves on the Board of Trustees of  Lone Peak Hospital. 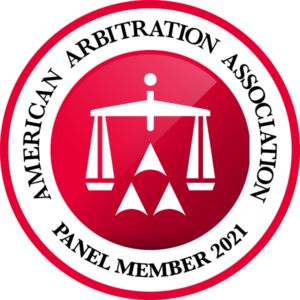 Jury awards $13.2 million in damages.   Represented a construction company located in South Jordan, Utah, and the company’s president.  The company and its president were sued in state court by one of Utah’s largest general contractors.  Maralyn was lead counsel and defended the South Jordan construction company and its president in this five-week jury trial.  Plaintiff alleged that SCM’s clients had misappropriated trade secrets, breached a shareholder agreement, and interfered with its contractual relations by hiring some of its employees.  SCM’s clients countered that the company which sued them had interfered with their existing and prospective economic relations, defamed them, and placed them in a false light.  Not only were her clients held not liable under any of the claims brought against them, the jury awarded Maralyn’s clients $13.2 million in damages – including $5 million in punitive damages. After an appeal, the case settled for a confidential amount.

Represented Plaintiffs in Mass Tort. Represented hundreds of victims of the 2012 Wood Hollow Fire in Central Utah, which destroyed property, homes, and agricultural businesses. Recovered significant amounts in damages for the firm’s clients.

Confidential Settlement in Age Discrimination Claim. Represented an employee in an age discrimination lawsuit. The case was successfully settled prior to trial.

Jurors deadlock on lengthy antitrust lawsuit against Microsoft.    Novell Inc. filed a lawsuit in U.S. District Court in Utah accusing Microsoft of violating U.S. antitrust laws.  Maralyn and another SCM attorney represented Novell as local counsel in this lawsuit.  The eight-week trial addressed the outstanding issue of whether Microsoft delayed releasing Windows 95 to keep Novell’s WordPerfect word processing program and Quattro Pro spreadsheet application from gaining a place in the market.  The highly publicized case resulted in a deadlocked jury, after which the judge directed verdict in favor of Microsoft.

Summary judgment granted in discrimination and retaliation lawsuit.   Represented an employer in a lawsuit brought by a former employee who claimed he had been discriminated against on the basis of his age, gender, religion, that the company had violated FMLA, and he had been subjected to retaliation.  The court granted summary judgment in favor of the employer on all claims.

$40 million settlement after first day of trial.    A Utah-based investment firm and one of its subsidiaries filed a breach of contract suit against a systems-management software company.  The systems-management company had sold $12 million of its software to Maralyn’s clients, and then failed to deliver on promises it made related to that sale.  Her clients received a $40 million settlement after the first day of trial.

Multi-million dollar jury verdict.    Maralyn represented three economists in a lawsuit they brought against a co-worker who had breached contractual obligations to them and engaged in various business torts.  After a two-week trial, the jury awarded her clients $5.2 million in damages.