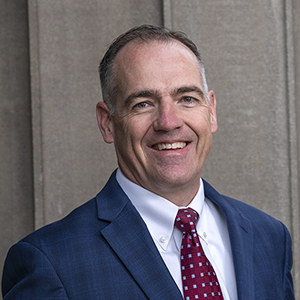 Keith Call focuses his practice on trials and appeals in commercial litigation and professional liability matters.

Keith represents large and small businesses, and business people, in nearly every kind of business dispute, including significant “bet the company” cases.  Examples include claims involving breaches of contract, interference with business relations, defamation, fraud, covenants-not-to-compete, and corporate and partnership disputes.  He has represented many technology companies in software development disputes, licensing disputes, and other intellectual property matters.

Keith is very experienced with noncompete agreements and claims of stolen or misused information.  He fully understands that some noncompete agreements can unnecessarily—and perhaps unlawfully—prohibit employee advancement, a well-drafted agreement holds up in court.  Whether drafting, reviewing, or litigating a noncompete agreement, Keith will ensure the client’s rights, as well as crucial trade secrets, are protected.

Keith has a very active professional liability defense practice.  He is a true lawyer’s lawyer and has successfully defended many of Utah’s most prestigious law firms.  He also represents insurance agents, accountants, appraisers, engineers, design professionals, and healthcare professionals.

Keith is well-regarded by his peers in the legal profession.  In 2014, he received a Distinguished Service Award from the Utah Chapter of the Federal Bar Association.  He has spearheaded and continues to lead the Utah Bar Litigation Section’s efforts to recruit and train more lawyers to serve as guardians ad litem – attorneys appointed by the court to represent the best interests of children in highly contentious family litigation.  He also serves as a guardian ad litem himself.

Since 2010, Keith has provided guidance to Utah lawyers via a regular column, “Focus on Ethics and Civility,” that appears every other month in the Utah Bar Journal.

Keith is a member of the firm’s Board of Directors.

Outside of the office, Keith loves the outdoors and enjoys skiing, mountain biking, backpacking and almost any other outdoor activity.

The Canopy Group v. Computer Associates International, Inc. – Represented plaintiff in an action brought against Computer Associates for breach of contract, violation of the Lanham Act and other tort claims.  After the jury was selected, the case settled in favor of plaintiff for an amount reported in the press to be $40 million.

Trillium USA, Inc. v. Board of County Commissioners of Broward County – 37 P.3d 1093 (Utah 2001).  Utah Supreme Court affirmed dismissal of claim against firm client because claim should have been brought in Florida, not Utah.