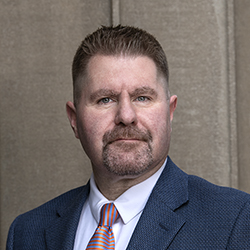 Colby draws on his personal experience as an executive and business owner to advise clients on a variety of legal strategies, from venture to structure financings, corporate formation, reorganization, and business plan optimization, to all sorts of mergers and acquisitions. Colby customizes his legal counsel to challenges from emerging growth companies to large public companies with independent directors.

Colby has worked on merger and acquisition deals from small ($1 Million) to very large (over $300 Million dollars) — including preparing and assisting in management presentations to over 130 private equity (PE) firms, to which he has helped several companies sell to PE and PE-backed companies (including one deal where he was an executive which sold for over $135 Million); venture financings from seed and private placements of over $100 Million; structured financings including securitizations (including real property) of over $200 Million; and even capital raising and insurance-related Surplus Notes of over $100 Million dollars.

Colby often gives corporate governance advice to officers and directors nationwide, with recent representation (Delaware Law) on behalf of an independent board member of a Fortune 100 publicly traded company.

Prior to joining Snow Christensen & Martineau, Colby practiced at Jones Waldo and was an executive and general counsel for an analytics software start-up as well as an e-commerce fulfillment company. Colby began his legal career at Ballard Spahr after receiving his Juris Doctorate from the J. Rueben Clark Law School where he was the Lead Note & Comment Editor for the BYU Law Review.