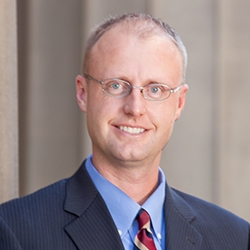 Jason Hawkins has extensive experience in all aspects of litigation.  He has handled complex business and commercial litigation cases involving a wide variety of claims, including breach of contract, fraud, intellectual property, real property, commercial torts, and professional liability claims, among others.

As part of his commercial litigation practice, Jason recently represented a commercial general contractor and its president in a five-week jury trial involving a series of contractual and commercial claims asserted by a competitor. His clients were held not liable under each of the claims brought by the competitor, and the jury awarded excess of $13 million, including $5 million in punitive damages.

Jason also represented hundreds of the victims of the 2012 Wood Hollow Fire in Central Utah (which destroyed dozens of homes, recreational properties, agricultural businesses, and more), recovering significant amounts on behalf of his clients.

In addition to his litigation practice, Jason also counsels individuals and business entities in the areas of corporate, real estate and contract law.

Commercial Litigation – Successfully defended against contract, trade secret and other tort claims asserted against former president of the company and his subsequent employer.  Successfully asserted business tort and contract counterclaims.  After a five-week trial, the jury returned with a multi-million dollar verdict in favor of the firm’s clients.

Commercial Litigation – Represented a manufacturing company in a dispute over commissions allegedly owed to former salesperson, which involved a week-long jury trial.