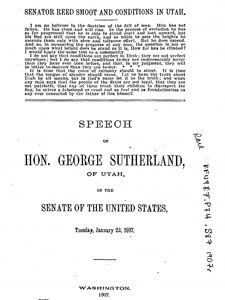 1912Speech to the Senate of the U.S. Workers Compensation 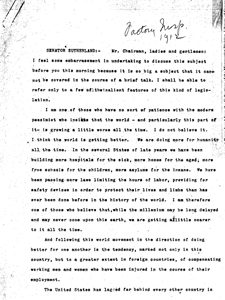 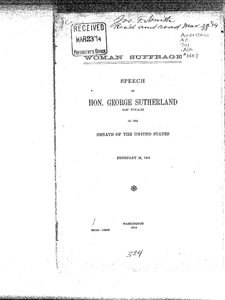 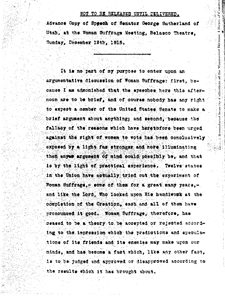 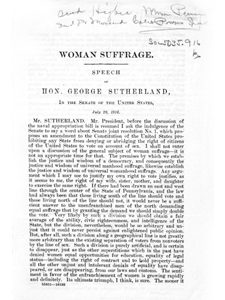 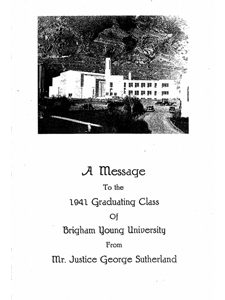 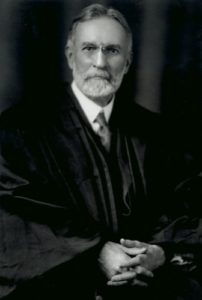 George Sutherland was born in England in 1862. His family immigrated to Utah the following year.  In 1881, he graduated from Brigham Young Academy, and after studying for a year at University of Michigan School of Law, he passed the Utah bar exam.  At first, he practiced in Provo with his father and then partnered with Samuel R. Thurman in 1886 to form Thurman & Sutherland.

“Be vigilant caretaker of your character, and then focus on career, family, and church.” – Justice George Sutherland

On October 15, 2011, over two hundred Utah lawyers, judges and community leaders gathered at Little America Hotel to celebrate the legacy of Justice George Sutherland.  Snow Christensen & Martineau, which traces its roots to Justice Sutherland and his law partner Sam Thurman, sponsored the event as a way to commemorate the firm’s 125th birthday.  The evening culminated in the presentation of a bust of Justice Sutherland commissioned by Snow Christensen & Martineau to Judge Dee Benson, U.S. District Court for the District of Utah.  Upon completion of the federal courthouse expansion, the bust will be displayed at the courthouse to memorialize the achievements and legacy of Utah’s highest jurist. 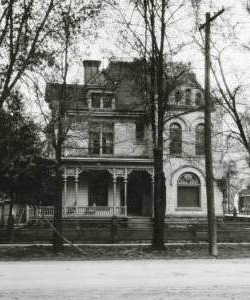 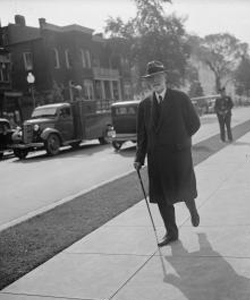 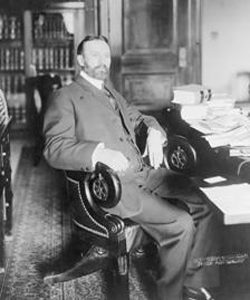 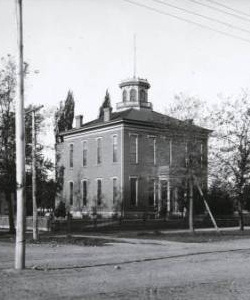 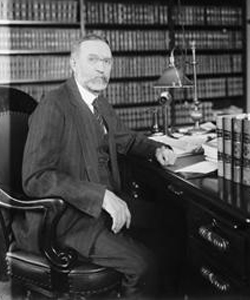 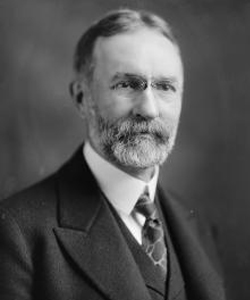