Consumer Lending Turmoil and The Economic Consequences of COVID-19

Roughly 200 years of consumer lending precedent was thrown into chaos following just one Second Circuit opinion.  That turmoil, in the current pandemic, will likely serve only to exacerbate the already difficult financial position many consumers find themselves living with due to the economic consequences of COVID-19.

This “valid when made” and state law preemption precedent was reaffirmed as recently as 2000 when the 8th Circuit Court of Appeals ruled debt owed on credit cards issued by national banks was exempt from usury laws in the borrower’s state of residence.

National and state-chartered banks engaged in interstate commerce, however, often sell their usury exempt loans to others.  National banks, for example, sell the loans they originated to a variety of third parties, including other banks and even debt collectors.  It is this sale of what was initially a loan made in interstate commerce to another entity not involved in interstate commerce which prompted the phrase “valid when made.”  In other words, the loan agreement was “valid when made,” so that a subsequent sale of the loan to a third party did not render the loan usurious, and the buyer of the usurious loan could still enforce the usurious loan.

The Madden decision, however, created chaos with respect to the “valid when made” precedent.  At issue in Madden was whether a debt collector, which purchased a New York resident’s loan from a national bank, could charge the consumer more interest than is allowed by New York’s state usury laws.  The Madden court ruled that the debt collector could not charge more interest than was allowed by New York state law, finding that “third party buyers are distinct from agents or subsidiaries of a national bank” and thus bound by state usury laws.  Madden was thus a significant change to well-established precedent, and the US Supreme Court nevertheless decided not to hear Madden on appeal.

Since 2015 then, the question of whether state usury laws are preempted or not is the subject of much disagreement.  Recently both the Office of the Comptroller of the Currency (OCC) and the Federal Deposit Insurance Corporation (FDIC) have concluded that the valid and enforceable interest rate for a loan is determined when the loan is made.  This runs afoul of Madden.

To the contrary are a number of states.  For example, California, New York, and Illinois have recently filed suits against the OCC.  The argument, in short, is that the “valid when made” rule applies only to nationally regulated banks; that is, the privilege of preempting state usury laws applies only to national banks which are subject to extensive federal oversight and regulation.  Other banks and third parties, these states argue, are not entitled to preempt state usury laws.  New York suing the FDIC too.

A Colorado court also ruled recently against the “valid when made” rule.  In June of 2020, a Colorado state court, citing Madden, ruled that non-bank purchasers of loans originated by national banks could not rely on federal preemption of state usury laws.  This decision affirmed a Colorado regulatory effort to force a non-national bank entity, which had acquired consumer debt from a national bank, to refund interest charged in excess of Colorado state law.  Update on Colorado suit.

The global pandemic of 2020 is wreaking havoc with the economy.  Various economic stimulus efforts, including unemployment supplements, are designed to ease the financial strain that is impacting so many consumers, but still many consumers are suffering and are forced to look for other forms of financial assistance.  At the very least, that leaves open the possibility of consumers being abused or taken advantage of by unscrupulous or predatory lenders.  With limited alternatives available to them, many consumers have few options but to accept lender friendly loans – even usurious ones.

Financial resources are available to consumers, but demand could soon, if it has not already, easily outpace supply.  That could put lenders “in the driver’s seat,” so to speak, where they can command almost any terms – most legal, but many arguably predatory.  If, on the other hand, the Madden decision is upheld and accepted more widely, the rates that certain lenders and debt collectors can collect will be drastically impacted.  That would be beneficial for consumers.  At the same time though, a widespread application of Madden could cause the availability of loans to dry up or shrink, giving consumers in need even fewer options.

The Coronavirus pandemic has thus jerked the Madden decision right out of legal esoterica.  Its potential impact on lenders and consumers alike has been bolded and highlighted.

Where this turmoil goes from here, and whether other courts will chime in with Madden-type decisions remains to be seen.  At present though, no less than the breadth and scope of the “valid when made” rule is in turmoil, and consumers are likely to be adversely affected one way or another during an already difficult time.  More than likely, consumers will either face a lack of loans, or potentially predatory loans.

When you need a securities services law firm in Utah

Our securities law attorneys are ready to help.  For questions about this blog post, or the services SCM provides in this area, contact Daniel D. Hill. 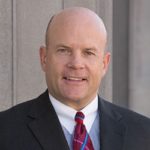