SCM represented an Idaho-based commercial real estate investment company that filed for bankruptcy.  After an investigation showed that the company had defrauded investors, five principals were accused of 83 counts of securities fraud, wire fraud, mail fraud, bank fraud and conspiracy.  The indictment sought forfeiture of properties and assets totaling $185 million.  This was the largest fraud case ever tried in Idaho.  Four of the officers pleaded not guilty.  Our firm represented the fifth, the company’s Chief Operating Officer, who pleaded guilty in federal court to one count of conspiracy to commit securities fraud.  He also provided information that was vital in securing the costly convictions of his former colleagues.  At our client’s sentencing, we persuaded the court to order only 30 days in jail and $300,000 in restitution – and agreed to offset that order with a $300,000 payment our client had made previously in a related civil case. 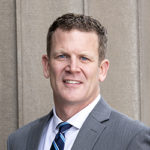