C.W. Mining, an entity operating a coal mine in Utah, deposited $362,000 with our client, the Bank of Utah.  In turn, the bank issued a certificate of deposit to the company for that same amount.  In 2008, creditors filed an involuntary Chapter 11 bankruptcy petition against C.W. Mining, which was converted to a Chapter 7 later that year.  The Bank liquidated the COD and applied the proceeds to the balance owing on two of three C.W. Mining promissory notes.  The bank did not notify the trustee, who commenced an adversary proceeding seeking to recover these assets.  The bankruptcy court granted summary judgment in favor of the bank, a decision that was affirmed by the Bankruptcy Appellate Panel.  The Trustee appealed to the U.S. 10th Circuit Court of Appeals, which also affirmed the bank’s summary judgment.  SCM represented the bank in matters related to this bankruptcy. 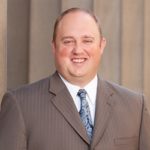