A Return to Chaos or a Reasonable Compromise: The Utah Harmless Error Statute’s Effect on Estate Planning and Probate Litigation.

I.     History of Estate Planning and the Statute of Wills.

According to ancient Anglo-American common law, it was possible for a person to leave any part of their property, whether it was real property (land) or personal property (possessions), to another upon their death through an unsigned document.[1] Letters, diary entries, and love notes are examples of writings that might convey property after someone’s death. All that mattered was that the purported inheritor of an estate could evidence the intent of the deceased. This created an epidemic of real estate fraud in seventeenth-century England, as fraudsters would sell land to innocent buyers by falsely claiming they inherited the property. To combat this problem, the English Parliament created the Statute of Frauds, which required conveyances of real property to be in writing and signed in the presence of witnesses.[2] A version of this statutory rule remains with us today.[3]

However, an individual could still convey personal property, such as bank accounts, stocks, cash, and vehicles according to the old rule.[4] By the 1800s, as these types of property began to rival land as the primary source of wealth, a similar problem emerged and courts were overwhelmed by would-be inheritors claiming to be entitled to a portion of the deceased’s wealth through a letter or diary entry accompanied with evidence that the deceased intended the writing to act as a will. Sometimes multiple beneficiaries would claim the same piece of property through conflicting writings.

While courts struggled to sift through competing legal arguments to determine the intent of dead persons, one legal theory was generally accepted: when the deceased was taking every reasonable step to create a will but failed to sign or finish it due to uncontrollable circumstances, the remaining writing constituted a valid will.[5] For example, a man who became very sick asked his neighbor to help him prepare a will before he succumbed to his illness.[6] The man was too weak to speak, but communicated with his neighbor through the night by pointing to words in a dictionary, and eventually produced a draft in the early morning hours.[7] However, before the man could sign it, he lost consciousness and died.[8] The court determined that the draft was functional as a testamentary instrument because it was only unfinished due to the man’s severe illness and sudden death.[9]

This feeding frenzy of litigation was enormously expensive for both courts and litigants as estates were battled over by friends and family. To put a stop to the confusion and reduce the strain on the court system, the English Parliament and American legislatures adopted some version of the Statute of Wills, which, like its predecessor the Statute of Frauds, required a written will, signed by the deceased in the presence of witnesses.[10]

Courts strictly enforced these requirements and would invalidate otherwise clear wills for tiny deviations from the rule. For example, the Supreme Court of Utah voided a will that was perfectly executed except that one of the witnesses testified that the deceased signed the will outside of his presence but had assured him that she signed it shortly before he arrived.[11] The deceased’s eagerness to sign her will before the witness entered the room voided the will entirely. As an earlier Utah Supreme Court lamented regarding the strictness of the statute: “There is no doubt that the deceased intended the document to be her will, but the right to dispose of property by will is governed and controlled entirely by statute. Such statutes are mandatory, and, unless strictly complied with, the instrument, as a will, is void.”[12]

II.    The Birth of the Harmless Error Statute.

In 1998, Utah adopted Utah Code Ann. § 75-2-503, entitled “Writings Intended as Wills.” The Harmless Error Statute nickname is derived from other jurisdictions that have adopted some version of the rule. Utah’s Harmless Error Statute allows a document that fails to meet the strict requirements of the Statute of Wills to still function as a will if the would-be inheritor can establish “by clear and convincing evidence” that the deceased intended for such.[13]

III.  What this Means for Estate Planning and Probate Litigation.

Estate Planners might initially fear that doctrine that makes it easier to create valid wills without legal assistance would reduce their business. However, the Harmless Error Statute does not eliminate the safety and peace of mind that accompanies full compliance with the Statute of Wills in Utah Code Ann. § 75-2-502, and conscientious clients will rightfully seek the surety of a competent estate planner.

The Harmless Error Statute could offer a safety valve for malpractice claims against estate planners, as minor errors in a will could be excused rather than fatally defective. Intended beneficiaries can bring a malpractice action against a drafting attorney if the will becomes void for such a mistake, and thus any avenue that makes it easier for intended beneficiaries to receive their intended inheritance will reduce the exposure of an estate planner’s harmless error.

The Harmless Error Statute fundamentally changes the game of probate litigation. Rather than rigidly arguing over technical defects in a will, now litigants can rely on fact-intensive claims to demonstrate the testator’s intent. A beneficiary can produce witnesses, such as the decedent’s family and estate planning attorney, or outside documents such as diary entries, to meet the clear and convincing standard of the Harmless Error Statute and make a defective will functional.

Despite this potential, litigators should still take note that the Harmless Error Statute does not give every purported beneficiary a pathway to claim an inheritance. A will executed in full compliance with the Statute of Wills is still unassailable unless the decedent made subsequent writing that appears to revoke the will. Also, the greater the deviation from the rigid requirements of the Statute of Wills, the more evidence of intent is required to overcome the defect.[14] No court in any jurisdiction has excused the requirement that a will be in writing, and courts are reluctant to excuse a will that lacks a signature.[15]

Thus, when interviewing a potential client that wishes to use a defective will, evaluate the severity of the defect and the factual background of the case. If the deceased used an estate planning attorney, interview the drafter and determine the cause of the defect. Litigators should look to the old case law from before the Statute of Wills for guidance on what arguments could elevate a defective will to validity. If the client has compelling evidence that shows the intent of the drafter and that the defect was minor and due to harmless error, the client could have a strong case. 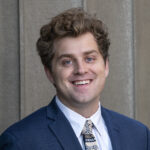